The Newtown Massacre: A Pre-Toilet Analysis

For the sake of argument, I put a “start date” on the beginning of the in-earnest Toileting of America. I put that date at November 22, 1963. No, not because John Kennedy was shot that day but because Lyndon Baines Johnson was sworn in as president, having been Kennedy’s vice president. Johnson, as you may know, signed the Civil Rights Act of 1964, The Immigration and Nationality Act of 1965 and was the general overseer of the beginnings of The Great Society, otherwise known as the American welfare state.

Very soon after he took office, America’s overseas Yankee-Rule experiment in Vietnam began to intensify and The New Left became so pervasive and so strong so fast that, by 1970, American society had been irredeemably damaged.

All that said, let’s take a look at what happened in Newtown, Connecticut through the lens of pre-Toilet America. Could this have happened before the Toiletization began in 1963?

1. The gunman–In pre-Toilet America, the “mainstreaming” of children showing the sorts of mental and social disabilities  the gunman did didn’t happen. He would have been “retarded,” and, before the 1975 Education for All Handicapped Children Act (EHA), he very likely would have been in a special school adapted for the mentally and/or socially handicapped. Had he continued to show the sorts of difficulties that obviously plagued him, he would have probably ended up in a state home doing woodworking or learning trade skills. The threat to society that Toilet-friendly liberals so desperately want to pretend doesn’t exist would have eliminated through social strictures that have been largely discarded. In liberal parlance, this is “liberation” and “social justice.”

2. The gunman’s mother–In pre-Toilet America, divorce was practically unheard of. In 1960, there were less that 400,000 divorces in THE ENTIRE UNITED STATES. By 1998, it was 1.135 million. So, the bar-hopping helicopter mom who was daily forced to deal by herself with the gunman to the point of exhaustion would likely not have been dealing with the gunman in isolation in pre-Toilet America. Dad would not have simply not have been able to bear the social shame of walking out, especially as a wealthy man.

Also, the National Firearms Act was still rather heavily enforced in pre-Toilet America, so mom’s bizarre obsession with quasi-M-16s could not have been so easily indulged. Not to mention the “sexist” social structures that would have probably seen any gun dealer in her community wondering aloud to her husband why she was interested in all those guns, with him possibly have disapproving of her un-ladylike gun lust and ending the matter with a “patriarchal” closing of the family pocketbook.

So, in all likelihood, the Newtown Massacre would not have happened before the radical redesign of American society that began in the 1960s.

1. Would have been under much tighter social control (as all children and young adults were, generally speaking),

2. Would not have been in a single-parent home,

3. Would not have had access to a wide-ranging collection of firearms if he HAD been in a single-parent home,

4. At 20, would possibly have already been institutionalized  in a state “group home” for the cognitively disabled.

But, in Toiletnation, USA it’s the guns and the guns alone that cause these tragedies. The idea that PEOPLE are responsible for their behavior or the behavior of their children is simply not de rigeur in the America built by the Dr. Spocks and Peggy Reeves Sandays. People don’t rape people. Social power structures rape people. Parents don’t neglect children.  Poverty neglects children. And, of course, people don’t kill people. Guns kill people.

In one of the deadliest school shootings in U.S. history, a gunman opened fire Friday in a Connecticut elementary school, killing 26 people, 20 of them children, police said.

The suspected gunman, who was not identified by police, also was killed, apparently by his own hand.

The Phillipsburg School Board delayed a decision tonight on whether to fire a substitute teacher for handing a Bible to a student.

Walter Tutka, of Belvidere, reportedly stood at the top of the middle school stairs at the beginning of the school year holding the door for students when he told the last student, “Just remember the first will be last and the last will be first.”

Tutka said he was reading his personal copy of the New Testament during lunch on Oct. 12, when he told the student that he would show him the verse. He said the student had approached him seven times about the Bible passage.

“I looked at him and said, ‘Listen, this is my personal copy. I want to gift it to you,'” Tutka said. “He received it, he was happy to get it and so forth.”

District officials, however, did not feel the same way. The school board was set to consider whether to remove Tutka from the substitute teacher list due to a violation of district policy. The policy prohibits the distribution of religious material to students on school grounds.

Tutka said middle school officials called him to the office after he gave the student the Bible.

As per CNS news and the Michigan Department of Education:

In the public schools in Detroit, Mich., according to the U.S. Department of Education, only 7 percent of the eighth graders are grade-level proficient or better in reading.

…Some public school teachers in the City of Detroit and around the state of Michigan are reportedly taking a vacation or a sick day today to protest right-to-work legislation likely to be approved by the state legislature.

First it was a Korean pushed to his death by a fellow Diversity and now it’s naive White nitwits being victimized by a gang of Diversities looking for “sale fonz.”

If You’d Seceded, He Wouldn’t Be Your Countryman By Now

If You’d Seceded, He Wouldn’t Be Your Countryman By Now

A Massachusetts man raped and sexually abused more than a dozen young children in their homes and videotaped the assaults, a prosecutor said Thursday.

John Burbine, 49, of Wakefield, was indicted Thursday by a Middlesex grand jury on more than 100 counts of child sex offenses. He gained access to many of the children through a child care service operated by his wife, Leone said at a news conference Thursday.

Yardbarker.com offers us the story of Gabrielle Ludwig, a 50-year old, 6-foot-8-inch transsexual who was born a man but is now playing women’s college basketball:

“With support from his daughter, Ludwig underwent a sex change operation in July 2012 and began a new life with a female partner and her two daughters. It was while coaching one of the daughters in AAU basketball that Ludwig began considering making a basketball comeback. 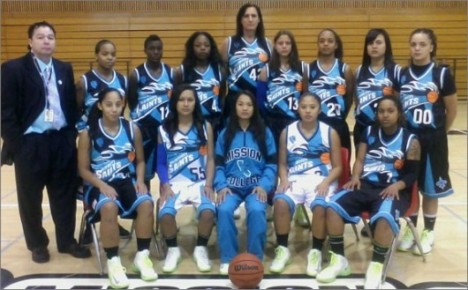 Back row center, in case you weren’t sure. Doctors do amazing work these days.

“Ludwig says she joked with the women’s coach at Mission College in Santa Clara, Calif., that she still had eligibility left, and the coach joked that he still had a roster spot left. So Ludwig enrolled in 12 credits of online courses to become a member of the basketball team. She recently was cleared to begin playing and scored three points and grabbed four rebounds in her debut, a 69-62 loss to College of the Siskiyous on Saturday — her first college basketball game since 1980.”

This is all happening in the San Francisco area, where such abnormality is pushed to page 3, column C because the indignant local nudists have crashed city hall to disrupt proceedings.

If you are one of those people who still counts California as America, I dedicate today’s chain pull to you. So:

Looking for a place to send some political donations? Well, have I got a worthwhile cause for you:

TNM-PAC Signals Entry of Texas independence Into the Political Fray

“The TNM’s stated goals are to secure and protect the political, economic and cultural independence of Texas; restore and protect a constitutional Texas; defend the inherent and inalienable rights of the people of Texas; and promote the values of Texas nationalism.”

Now, in case you don’t know, Texas is a great place. Half my family on my dad’s side lives there and they are invariably Christian, conservative, honest, hard-working and justice-minded. If this putrid nation has any real men left in it anywhere, they are in Texas. And, from what I hear from these folks, the doors of “immigration” will be flung wide to we Americans tired of Creeping Socialism (provided we have some skills and the willingness to work hard.)

Dig deep and give, even if just on general principles.

Daily Chain Pull: Our Diversity Is OUr Strength

“Naeem Davis, 30, was arraigned Wednesday night on a second-degree murder charge and ordered held without bail in the death of 58-year-old Ki-Suck Han on Monday. He is due back in court on Dec. 11.”

Mr. Davis, in case you don’t know, is a black man who pushed Mr. Han (a Korean) onto the tracks of an approaching New York subway train. Mr. Han’s last moments were photographed by R. Umar Abbasi, a freelance photographer and immigrant from God knows where. Sounds like India.

As per The Houston Chronicle:

“A military judge has been thrown off the Fort Hood deadly shooting case after an appeals court found that his treatment of the suspect, including an order to have the man forcibly shaved, indicated a lack of impartiality.”

“Hasan appealed after Col. Gregory Gross ordered that he must be clean-shaven or forcibly shaved before his military trial, which was supposed to begin three months ago. It has been on hold pending the appeals. Hasan has argued that his beard is a requirement of his Muslim faith. Facial hair violates Army regulations.”

“Lead defense attorney Lt. Col. Kris Poppe said the judge showed a bias against Hasan when he asked defense attorneys to clean up a court restroom after Gross found a medical waste bag, adult diaper and what appeared to be feces on the floor after a June hearing. Hasan, who is paralyzed from the waist down after being shot by police on the day of the shootings, has to wear adult diapers — but the mess in the restroom that day was mud from a guard’s boots, Poppe said.”

The suspect commits mass murder in plain view of hundreds, defies military grooming, takes a dump on the courtroom floor…and the JUDGE gets removed.